In many ways, the Health Partnership Scheme (HPS) has sailed through uncharted waters. At over £30m, it is the biggest UK Government investment in the global health partnerships model so far, eclipsing the previous £3.2m International Health Links Funding Scheme. Initially set to run from 2011 to 2015, it has been extended twice, to 2017 and again this year to February 2019, when it will conclude. HPS has supported 180 partnerships, which have delivered 249 projects. Over 2,000 NHS staff volunteered overseas and trained 84,000 health workers across thirty-one countries.

HPS is funded by the Department for International Development (DfID) and managed by the Tropical Health Education Trust (THET). DfID’s recently-published evaluation concluded that under THET, HPS is delivering strong long-term health partnerships and value for money. With the 3rd annual Aid & Development Africa Summit fast approaching, AIDF spoke to Andrew Jones, Head of Partnerships and Linnet Griffith-Jones, Country Programmes Coordinator, Tanzania and Zambia, from THET to find out whether the scheme has been a success in the African context.

What makes the THET health partnership model a success?

“HPS was a bit of a laboratory experience; nobody had done anything on this scale before… HPS enabled much larger scale evidence gathering over a long period: we analysed partnership failure as well as success and looked at what lessons we could learn. From this we got the wider Principles.

Not everyone has to score 10 out of 10 on each, but it’s a bellwether to assess the partnership’s strength. For me, partnerships are a mindset not a formula and are about relationships, not systems. The Principles are an attempt to reclaim the word and put some meaning behind it. The model is a means to an end: improving access to quality health services for everybody”

"My proudest moment came at the end of the major programme. We ran a three-day symposium in Dar es Salaam. The purpose was to bring together the southern partners; many from Africa. It was their forum, their opportunity to engage in experience and learning. I was absolutely staggered by how much learning was being shared, how much experience was being shared. With the partnership model, there is very little feeling of competition. The model does something different. There was a real sense of being part of a movement and being motivated to share successes and failures so colleagues in other partnerships could learn from what they’d gone through. Professor Francis Omaswa, formerly of the Uganda Ministry of Health, who was the first chair of the Global Health Workforce Alliance, has become almost an ambassador for the THET model, particularly the principles of health partnership”.

Partnerships are all about strengthening systems rather than having a short-term unsustainable impact: 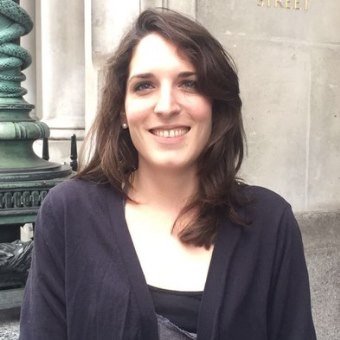 “It’s not for THET to come down and say it’s only a valid partnership if you do ‘A, B and C’. They are organic and each grows differently. We help personal relationships to build while ensuring the UK lead is directed by the in-country lead. It’s about the level of need a partnership has, and we fill those gaps. We provide information and guidance but ultimately we are part of a community”

Linnet described some of the HPS partnerships which illustrate what a huge impact the model can have.

“This project ran from 2011 – 2017. Salford University worked with the Ugandan ministry of health and Makerere University to train up biomedical engineers (BMETs) in sixteen hospitals. They used diaspora Ugandans as the long-term volunteers in country which created a really good connection.

One of the indicators we ask for in projects like this is how many patients have been affected? In this case, the answer was: every single patient who goes into a hospital. Whether it’s someone who gets their blood pressure checked or a mother who needs a caesarean section or surgery, every person who goes into a hospital that has a BMET that has the tools to fix things is affected and their care is increased. The impact is huge and is ongoing.

The UK lead is Professor Louise Ackers, who has written about her experiences. She knows Uganda, has more than one project and is well placed to continue the partnerships”

“This project trained community health workers in Ssisa sub-county, Wakiso district and was part of the 2015-17 HPS. Three hundred community health workers were provided with motorbikes, gumboots and solar phone chargers, enabling them to cover the sub-county, carrying out primary health care and disease identification. The project worked so well that the district local government, together with local leaders and the ministry of health have taken over expanding and rolling it out”

HPS has been a success - what happens now?

Andrew believes that the UK is still the leader in volunteer-driven health partnerships and that THET, in particular, is recognised as a thought leader. However, he is confident the model can be replicated around the world.

Outside the UK, the partnerships model has been adopted by organisations like the American International Health Alliance (AIHA) and in Europe by the ESTHER grouping. These organisations’ ‘twinning’ partnerships allow direct sharing and learning among healthcare professionals in order to strengthen health systems.

In the UK, following the encouraging evaluation of HPS, DfID Minister of State, Alistair Burt, recently reaffirmed the Department’s commitment to strengthening global health systems, announcing a successor programme to the HPS will begin in 2019.

Meanwhile, as Andrew describes, the next step for THET is to scale up its work by creating networks of partnerships: “We had in excess of 36 partnerships in Uganda… the challenge was: how do you harness all of the experience that has gone into all those relatively small projects and bring a national perspective to what’s been happening? Through the office and the increasing development around the Uganda UK Health Alliance, you get this sharing of learning and more importantly it provides a pathway to the ministry of health”

By Daniel Knag for AIDF

With thanks to Andrew Jones and Linnet Griffith-Jones of THET

Be part of the humanitarian aid and development community!

Register now to receive AIDF's newsletter with insights into latest trends, innovations and best practice in the humanitarian and development sectors